As a drummer, you play more of a supporting role in the band. Your primary purpose behind the hit is to provide a steady pulse and keep the rest of the band in time. With that said, drum fills give you the chance to shine and express your skill and creativity.

So what is a drum fill, when do you need to play them, and how do you get better at them? This article tells you everything you need to know about this vital drumming technique.

What Is A Drum Fill?

A drum fill is when the drummer switches up from the main beat to help the band transition into another song section. Generally speaking, the main groove of a track will be played with a steady pulse on the hi-hat or ride cymbal. With a drum fill, you often stop that pulse and play something on the snare and toms.

Drum fills are an essential part of music arrangement as they build tension and let the listener know that a change is coming. When drum fills are played tastefully and skillfully, it adds another layer of excitement to the song.

While most genres of music except the drummer to play a certain kind of beat, there’s a lot more room to get creative with drum fills. Working on your drum fills is a great way to develop a unique and recognizable style.

Drum fills range from subtle to outrageous, and a good drummer knows how to select an appropriate fill. Tasteful fills in the right places can really bring an arrangement together, but going overboard can destroy the feel of a song.

If you play a more subtle drum fill, you might simply change up the main beat a little bit. For example, going into a chorus section, you might loosen up the high-hat and add a little bass drum syncopation.

On the other hand, if you want to build the song into a crescendo, you might do some rolls on your toms. When playing drum fills, it’s vital that you know how to play enough types to serve the arrangement.

Different styles of music require different fills. The best way to learn is to check out drum fills samples from your favorite drummers. For example, if you want to learn how to funky fills while staying completely in the pocket, listen to someone like Bernard Purdie. He hardly ever uses the toms; instead, he always keeps the groove going. These types of fills work really well if you’re going for a funk feel.

When To Use Drum Fills

Of course, this means that as a drummer, you need to know the arrangement of the songs. If you play drum fills in the wrong place, it could throw the whole band off. Some drummers might stay in the pocket for most of the song and only bring out the fills when the band transitions to a new section. Other drummers might play a fill every 8 bars or so.

Ultimately, the amount of fills you play depends on the style of music. In more energetic styles, you might be able to throw fills in every few bars. Taking a similar approach in something like a ballad probably wouldn’t work well.

Try Not To Overplay

One of the biggest mistakes that beginner drummers make is overdoing it on the drum fills. Your band relies on the drummer to keep the beat, so if you’re constantly doing rolls across the toms, your bandmates might struggle to find the pocket.

When working on beginner drum fills, always take care to watch your timing. A big issue that beginners have is that they go out of time when they play drum fills. In a band setting, this can be a disaster since a drum fill is essentially a count-in for the next section.

That’s why the best music lessons will always focus on developing rock-solid timing. You should be able to internalize the pulse to the point that you can get fancy with your fills and drop straight back in on one of the next section.

If you struggle with timing, you may want to consider getting some music lessons. A lot of self-taught drummers know a lot of techniques but they struggle to keep time consistently. Always remember that other musicians would rather play with a drummer who keeps solid time than a drummer who can do a lot of flashy fills.

Get Creative With Drum Fills, But Stay In Time

Drum fills are where you get the chance to showcase your creativity as a drummer, so it makes sense to practice them a lot. With that said, it doesn’t matter how good your drum fills are if you don’t have a solid grasp of the fundamentals.

If you want to learn these skills, you might consider signing up for drum lessons. Music lessons can help to take your playing to the next level.

How to Tune a Guitar 101: Tune Your Guitar Like a Pro

Learning how to tune a guitar is one of the first lessons for a beginning musician. That new ax you got will get out of …

8 Therapeutic Benefits of Music for All Ages

The wonder of music is its ability to reach everyone, regardless of age, race, language, or anything else that might differentiate them from others. People … 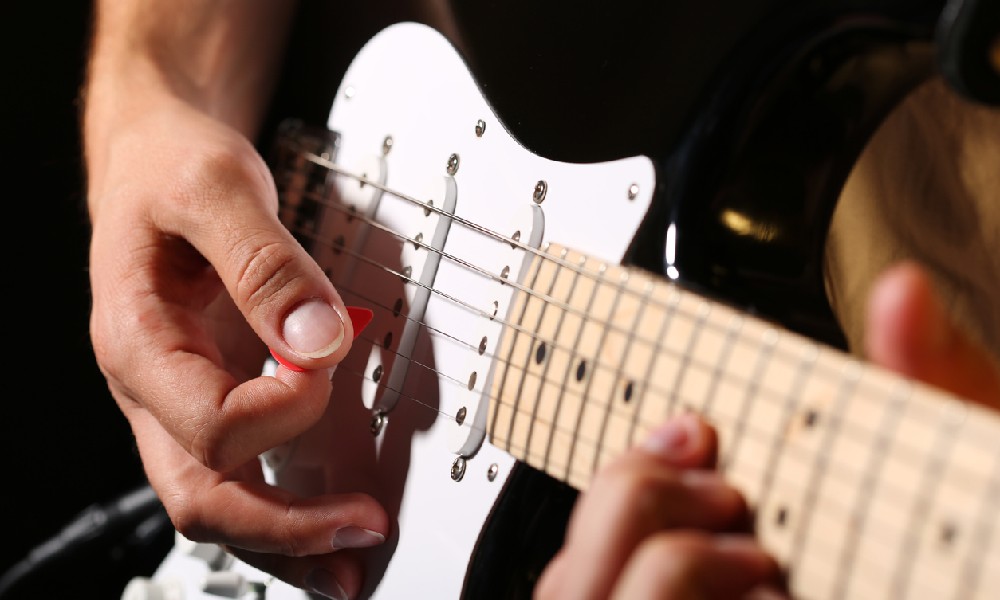 Your Essential Guide to Buying an Electric Guitar

Learning to play an instrument is a great skill to pick up at any age. The electric guitar can be a fun and exhilarating experience …