7 Reasons Why Performing Music Leads to Academic Success for Children 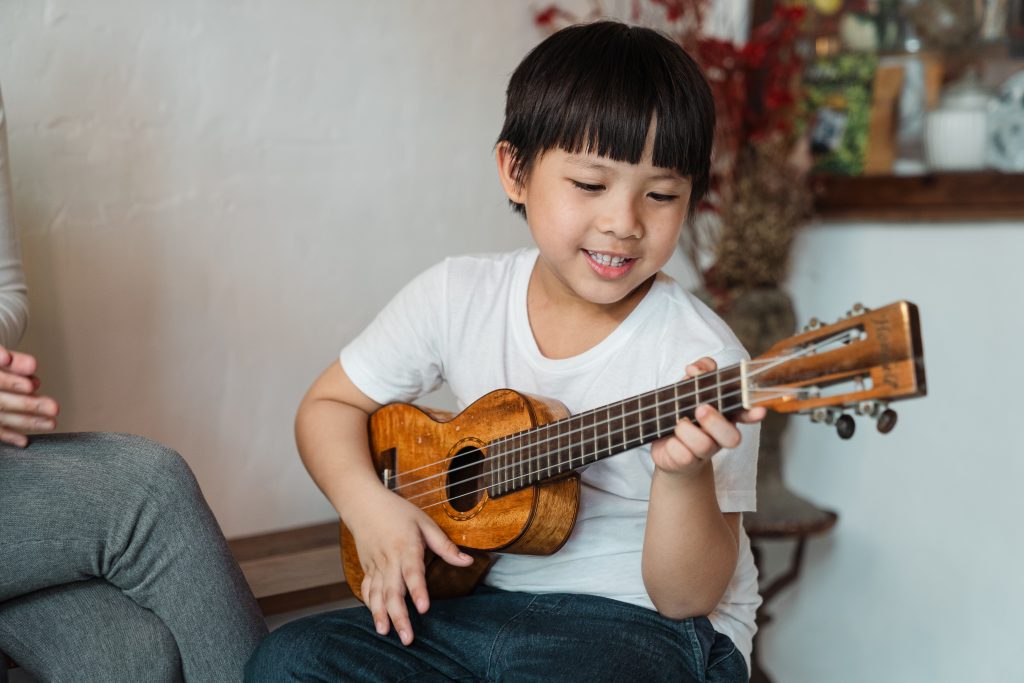 Many children take an interest in one or more musical instruments throughout their school careers, but did you know an affinity for music can lead to cognitive benefits? Believe it or not, your child can apply many of the concepts learned in music to develop future academic success.

The following are just some of the transferrable skills children learn when performing music.

Music has proven helpful in increasing math skills as students continue their academic studies. Children are met with patterns and the need to count notes when practicing and performing music. Learning to read half and whole notes translates to understanding fractions and how they work, for example, as rhythms, notes, and bars are all generated around mathematical concepts. Math is critical to scientific disciplines in higher education as well as overall academic performance, making it essential that students begin developing these skills early.

Music is a language of its own. Children who tackle reading it early develop the ability to better understand basic language concepts. They are not only able to understand new languages as they advance in their academics, but also to improve their social skills and interactions with other children. They are better able to read body language and be vocal in their interactions with others, too — both in and out of the classroom.

Studies observing brain development in children who are musically inclined and those who are not show a drastic difference in how music students’ brain work and operate. Specific portions of the brain are required in practicing and performing music and are flexed, strengthened, and developed. Their minds then continue to work harder around the clock — staying strong and flexible long after the performance is over.

The studies find this neural activity carries over into students’ academics, often resulting in more well-rounded academic success. The left side of the brain seems to develop faster than the right side when performing music, for example. This will likely continue as students regularly practice and engage with their instruments and ensembles, and will spill over into children’s academic success.

Musicians need to hear others in their ensembles tune in at different times and dynamics. That means auditory development in children who perform music is often more advanced than for those who do not. This assists in brain development, allowing these young musicians to better differentiate sounds around them.

Auditory development is important for more than listening for sounds and cues, though. These children use such skills for interpretation in both what they read by themselves as well as in group projects. This paired with their language building works toward stronger academic performances, which continues throughout their studies and is often reflected in higher test scores and success.

Hearing is not the only sense heightened through performing music, however. Visual abilities develop much quicker in children who regularly play and practice music. They have to be able to move quickly to the next note in order to stay in sync with the band or choir, after all. This ability to rapidly read music or notes transfers to academics, particularly reading and writing skills in language arts. Many of them even become advanced readers in their grades.

Hours spent visualizing music also allows students to better visualize problems in their other studies. In subject areas such as math and science, children who regularly practice and perform music are able to see a challenge in multiple ways and creatively, successfully solve these questions or find alternative solutions.

Managing internal and external stresses, like other areas of life — including academics — requires self-discipline. Learning to read music, mastering musical instruments, and performing music either solo or with an ensemble as a child will help young students learn to better deal with and compartmentalize stress in the future.

Playing music requires them to give their instruments and musical scores their undivided attention. This teaches them important focus. The expectations that come with performing music also helps students develop the ability to adhere to expectations as there is no room for stress, just focus and execution. All these skills will serve them well later in life.

Music has also been shown to relax people of all ages in most situations, so it follows that continued practicing and performing will reduce their overall stress level no matter which situations — academic or, in the future, professional — they find themselves in.

Reducing or managing stress is essential for students as they age into their academic testing years, too. Such testing often creates anxiety for students who are focused on higher education goals or other academic milestones, but those who are musically inclined are less likely to have issues in these areas. Both their abilities to cope with and reduce stress as it occurs will allow them to perform better on academic tests and obtain higher scores — particularly in English and math — as they move through the grade levels.

Performing music has also been linked to higher IQ, as well. A child who has been practicing for years is likely to be of higher IQ than those who are not regularly engaging in such rhythmic and focused practices, largely because of their advanced development honed at various musical education levels.

Children who actively practice and play music during their academic careers will develop necessary skills to achieve academic and real-world success. At the Sloan School of Music, we want our students to reach their highest academic and musical potential. Our teachers have their development in mind as they teach, ensuring they help set each and every child up for success now and in the future.

Please reach out to us today questions about our programs or current registration!  We have classes in a variety of instruments for all ages and ability levels, and we can’t wait to help your student — or you! — along the musical journey. 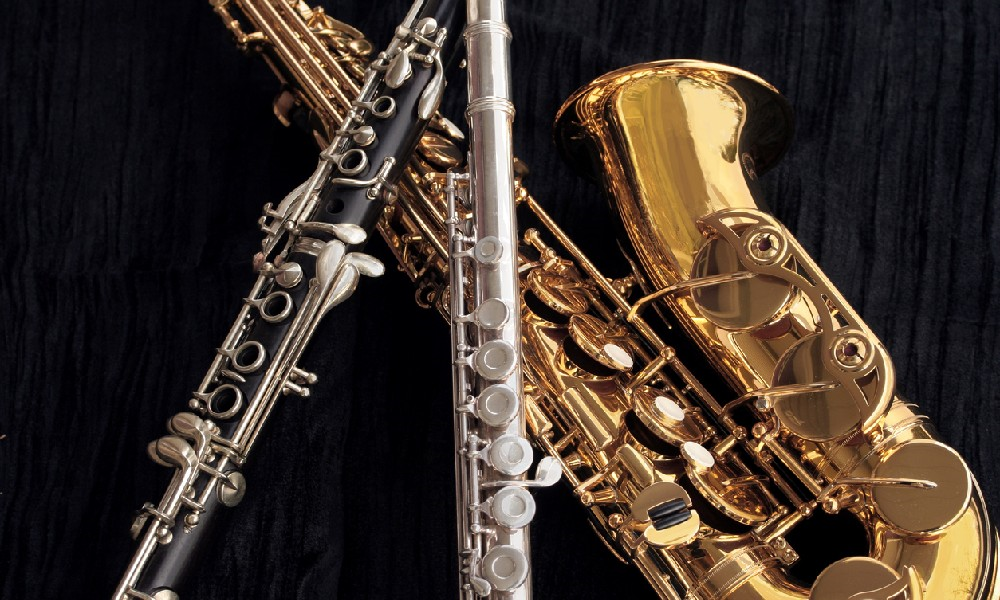 The Top 3 Woodwind Instruments for Beginners

Learning a musical instrument should be exciting and fun, and beginning students can get both from woodwind instruments. This family of instruments has options ranging …

The Beginner’s Guide to Learning How to Play Drums

Drums have been around since prehistoric times. In fact, many historians believe they were the first musical instrument ever developed. Between the 18th and 19th … 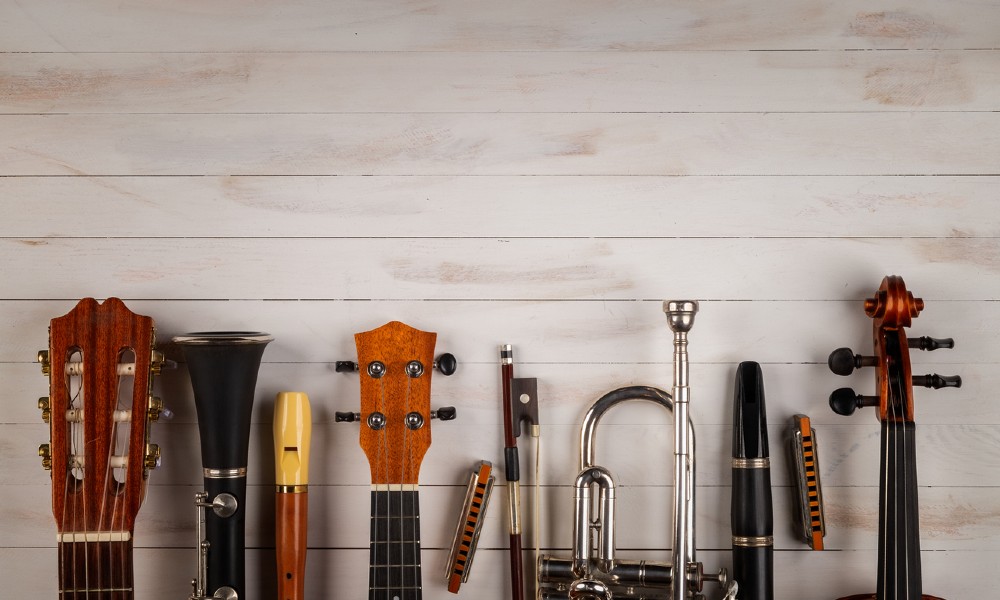 9 Exciting and Easy-to-Learn Instruments for Beginners

Learning to play an instrument is a lifelong skill that can bring us so much joy. Children and adults can benefit from increased creativity, confidence, …